The 12th of December 2013, during the conference Visual Poetry In Rome at the Museum of Modern Art of Rome, Mirella Bentivoglio institutionalized the Archeoscrittura with her speech.

Archeoscrittura is a trend that involves artists exploring into their genetic memory and finding signs of archaic scripture, that then they draw to deepen in their work between language and image. These artists generally do no live in cities or industrialized areas but rather in places that allow them a better introspection.

A major exhibition will be held in Rome next spring where there will be artists, students and researchers from this art movement. 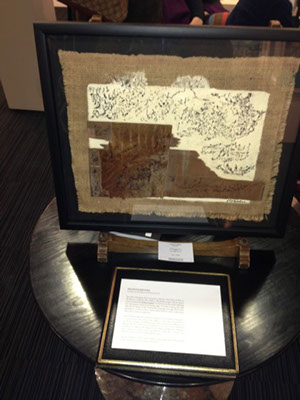